It is an instrument that is widely used by medical professionals to listen to very low sounds such as heartbeats and lungs in humans. This instrument can also be used to listen to the internal sounds of animals.

Stethoscopes are classified into two types:

1. Acoustic Stethoscope: This is the most commonly used stethoscope. This type works on the principle of transmitting sound waves from the resonator of the stethoscope which travels from the hollow tube and conveys the sound to the listener’s ears. 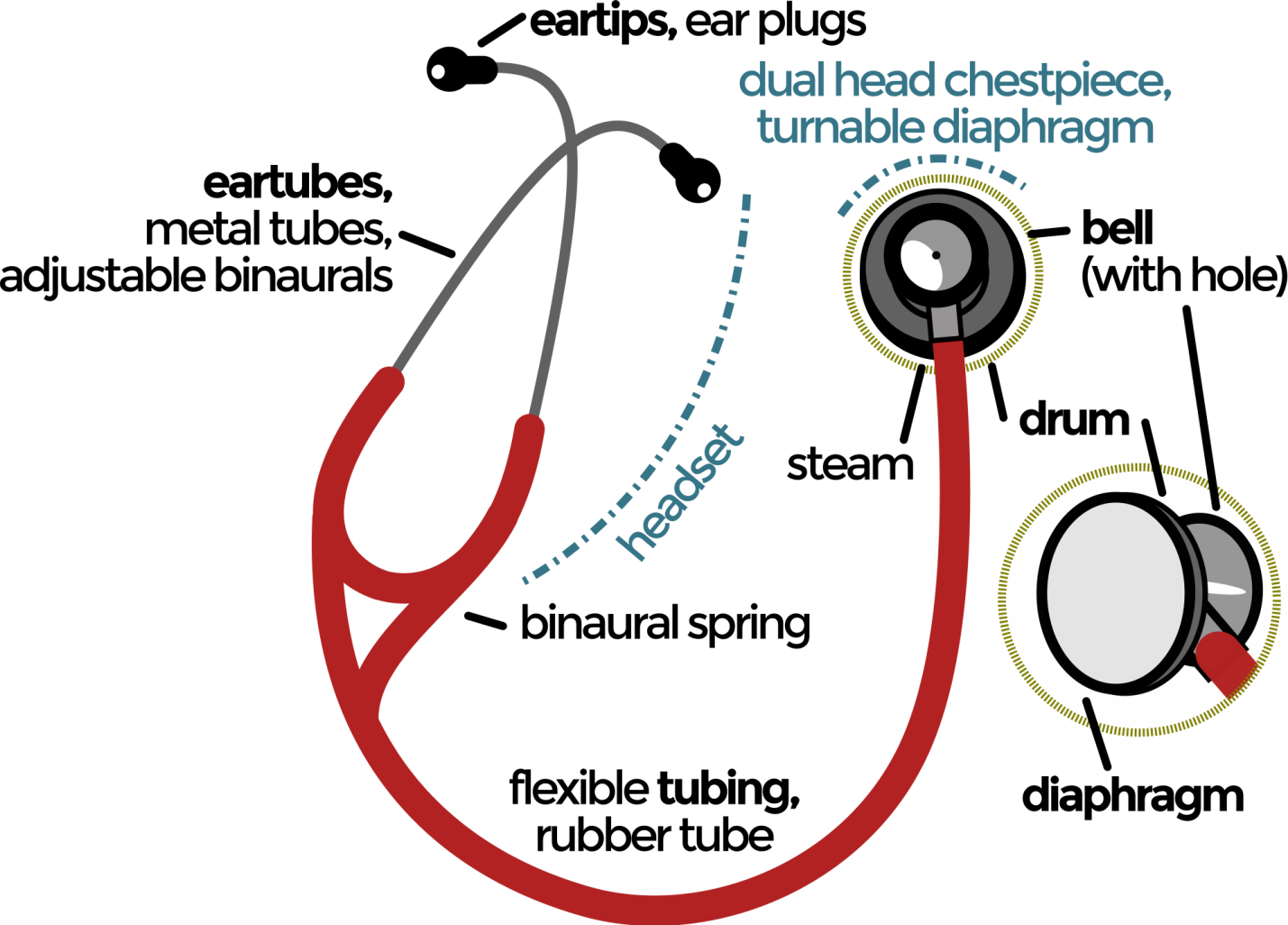 Components of a Stethoscope

1. Round Shaped Resonator: Also known as the chest piece. This part is placed on the chest of the patient and helps in taking the patient’s chest sounds. This round shaped resonator is made up of a bell and a diaphragm.

a. Diaphragm: The lower part of the chest piece which is a flat metallic disc fenced by rings that enable it to pick high pitch sounds.

b. Bell: This part is smaller than the diaphragm and situated on the other part of the resonator. This bell is prepared of a hollow metal piece that helps in selecting the low-frequency sound.

2. Tubing: The tube is made up of polyvinyl chloride and latex rubber which is long in length. The tube carries the sound waves. The tubing is very flexible due to the material used.

3. Binaural: A metallic piece that is adjustable and is inserted into the stethoscope tube and this is the one which helps in transmitting the sound from the chest piece to ear tips and then to the listener’s ears. This metallic piece is surrounded by this tube which acts as a protector.

4. Headsets: Pair of a headset is the ones from which the listener can hear the sound that is transmitted from the chest piece. Ear tip is the one which guards the headset against any external interventions.

Working of the Stethoscope

1. A physician places the diaphragm on the chest of the patient and a vibration occurs at the flat surface. This vibration is due to the sound waves that are produced from the patient’s body.

2. The diaphragm picks up these vibrations and channelizes it through the tube in a specific direction.

3. As the sound travels through the tube there are numerous reflections which occur due to the collision of waves and tube wall. This lasts until the sound reaches the ear tips at the later end of the instrument and picked up by the listener’s ears.

Uses of a Stethoscope

2. It can also be used to listen to the heartbeats of the developing fetus inside the womb.

3. It can also detect any pulmonary problems if any by simply listening to the heartbeats of a patient with only breathing.

1. Can lung problems be detected using a stethoscope?

Yes, lung problems can be detected with the help of stethoscope as sounds can be heard when the patient is breathing. Abnormal breathing sounds indicate lung problems.

2. Does a stethoscope work through clothing?

It does so with light clothing but ideally, it is recommended that it should directly come in contact with the skin.

3. How to detect any heart disorder with the help of a stethoscope?

A healthy heart produces two kinds of sound one is a Lub sound and other is a Dub sound. These sounds occur when both the valves close completely. If these valves fail to close completely then a blowing noise is heard through the stethoscope. This indicates that there is some valve disorder as it also produces some extra sound along with the normal heartbeats.

Where can you buy it?

Stethoscopes are available in Hyderabad at:

Be the first to review “Stethoscope” Cancel reply 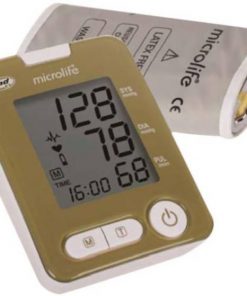